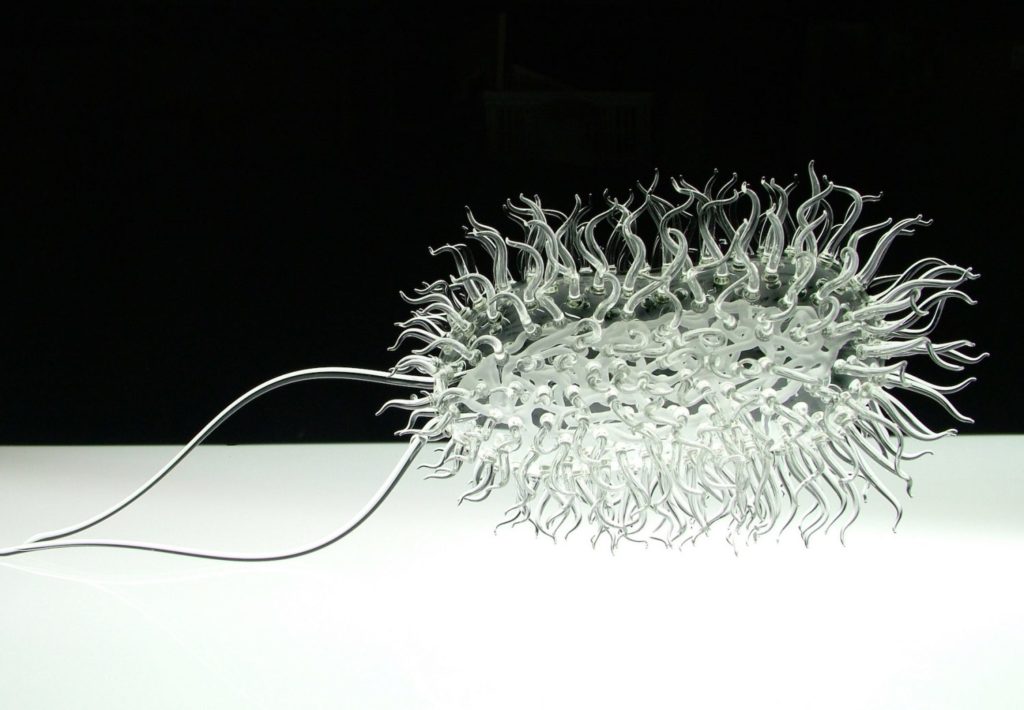 From The Metropolitan Museum in New York to The Museum of Glass in Shanghai,  Luke Jerram’s Glass Microbiology sculptures have appeared in museums and galleries around the world. We are delighted to announce that Glass Microbiology will be making its Scottish debut at the Findhorn Bay Festival 2016.

Created to contemplate the global impact of the diseases they portray, Glass Microbiology offers alternative representations of viruses to the artificially coloured imagery received through the media. By extracting colour from the imagery and creating jewel-like sculptures in glass, Jerram creates a complex tension between the artworks’ beauty and the deadly portent they represent.

UK artist Luke Jerram is known worldwide for creating huge and hugely entertaining public artworks. His celebrated street pianos installation Play Me, I’m Yours has been presented in over fifty cities and his Sky Orchestra was commissioned to celebrate the 2012 London Olympics. In 2010, Glass Microbiology won the coveted Rakow Award and in 2015 was exhibited at ArtScience Museum, Singapore, alongside Leonardo Da Vinci’s Codex Atlanticus. Photographs of Jerram’s glass artworks have featured in the Lancet, the British Medical Journal and Nature Magazine and are now seen as useful representations of virology within the scientific community.