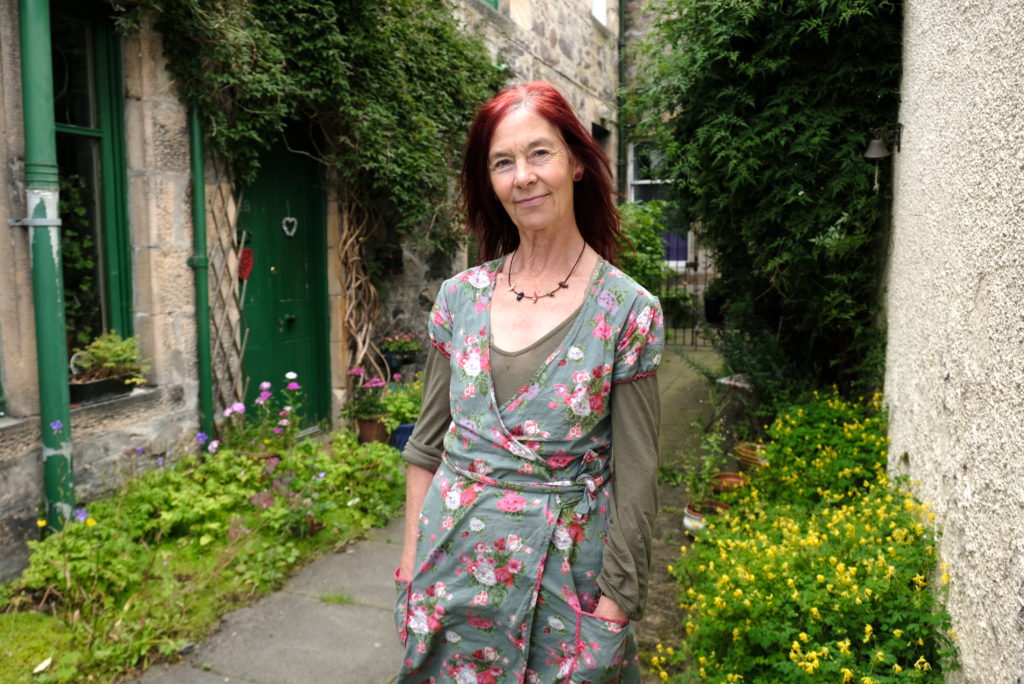 As part of the Unexpected Gardens project, residents of the lanes and closes of Forres have been growing edible plants outside their homes, and coming together to share stories, song and ideas for sustainable growing.

Join poet and storyteller Margot Henderson on a tour of the ‘Living Lanes’, and learn about the secret history of these spaces.

Margot has been telling and creating stories and poems ever since she was a child. In a wee hut at the bottom of the garden, she and her pals would make up stories dressed in their mother’s frocks and perform them for the neighbours. She has been storytelling in the community ever since.

As a poet and storyteller, she has worked with people of all ages, abilities and cultural backgrounds in a wide range of settings, including schools, hospitals, day centres, homeless shelters, prisons and psychiatric units. As well as telling a wide range of creation myths and folk tales, mostly originated in Native America and Africa, she creates her own stories to celebrate occasions and locations.

Much of Margot’s work has been site specific in galleries, museums and theatres, as well as forests, gardens, quarries and ruined abbeys. She sources local stories and reanimates them to deepen people’s sense of their roots. She has a deep love of nature and a keen sense of our interconnectedness. Being of Scots/Irish origin, Margot’s work is steeped in the oral tradition and she combines music, song, dance, poetry and story. Margot has a background in Community Arts and trained in dance and drama, art therapy and ceremonial tradition. She has taken part in cross arts collaborations and has been commissioned by a range of organisations including Scottish Natural Heritage, the Findhorn Foundation, Ballet Rambert, The Barbican Centre and Tate, to create and perform her work.