FIndhorn Bay Festival > What's On > The Cabaret of Misfits 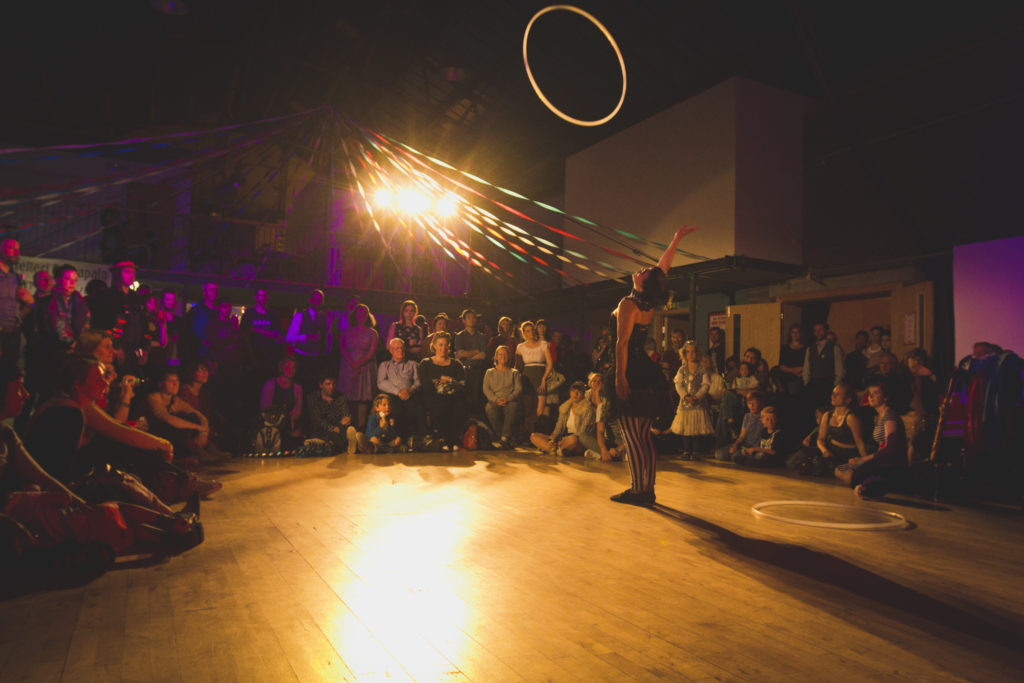 Step right up to the Cabaret of Misfits; an evening of incredible circus performances, music, and installations.

Cabaret of Misfits is a celebration of the wonderfully weird, the outrageously odd, the blissfully bizarre. Come and try hula hooping, learn about the dark history of circus, play sideshow games, and encounter some curious characters. Be amazed by performances with fire, aerial acts, walkabouts, acrobats, and hair hanging. The Misfits are taking over Universal Hall and you are invited!

Run by Rachael Macintyre, Forres based theatre and circus maker, and one of the Findhorn Bay Arts Combine to Create residency artists. As part of her residency she is working with LGTBQ+ people in secondary schools across Moray. Celebrating queerness in circus, some of the young people Rachael is working with are involved in the event, from centre stage to behind the scenes.

Join us for a post show Silent Disco outside the Phoenix Cafe 10pm to late. Free.

Suitable for all ages.