FIndhorn Bay Festival > What's On > The Story in the Song 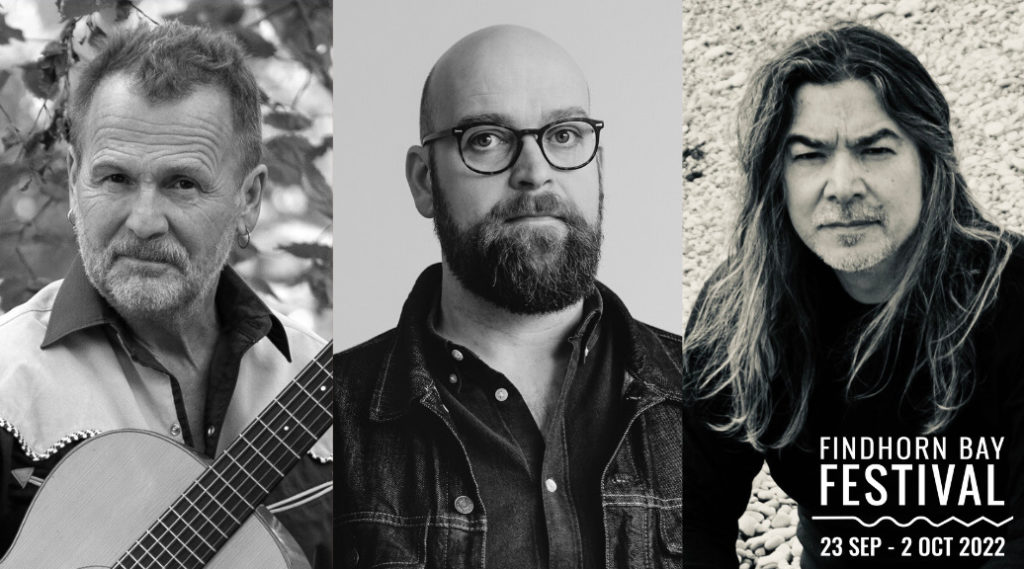 A unique opportunity to see three of the finest folk musicians in one stellar triple bill.

Forty years after he recorded his first album, Golden Vanity , in 1976, Martin Simpson is known as a guitarist of formidable talent. Equally at home playing English traditional folk, American folk and blues and his own compositions, he is consistently named as one of the very finest fingerstyle guitar players in the world.

Findlay Napier is one of Scotland’s finest singer songwriters. In 2021 he was nominated for Musician of the Year at the Scot’s Trad Music Awards and in 2018 he was the first solo act to be nominated for Live Act of the Year.

Growing up in Moray, with the Highlands as a backdrop, Malcolm MacWatt was steeped in Scottish folklore and tradition. As a songwriter he weaves Celtic balladry with Appalachian string band influences to tell stories of arduous journeys, displacement and injustice, often using the past to highlight present day issues.