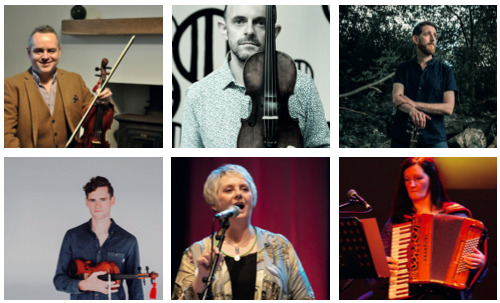 Stories, myths and musings from the gàidhealtachd – these are the stories the Gaels passed through generations, and capture their sense of the world and Scotland’s place in it.

A celebration of the storytelling tradition in the Highlands and Islands and the music that goes with it, featuring Allan Henderson, Margaret Stewart, Ewen Henderson, Sileas Sinclair, Ewan Robertson and Duncan Chisholm. Tales of hidden treasure, fairies and bòcain mingle easily with stories both humorous and tragic.

Why was the death of a Swedish king mourned so deeply in the Gaeltachd and who was the Gaelic speaker that ran with the John Dillinger gang?

All will be revealed, to the accompaniment of some of the best traditional music around.